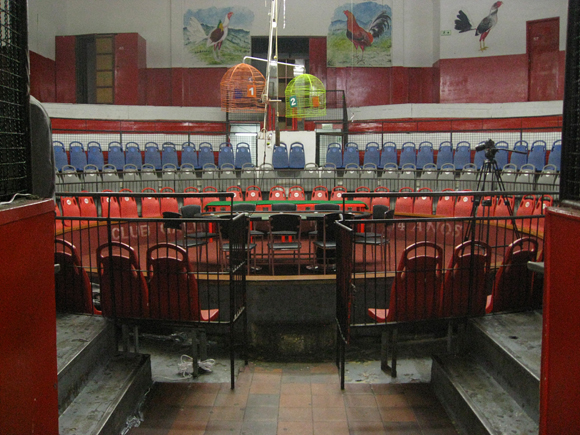 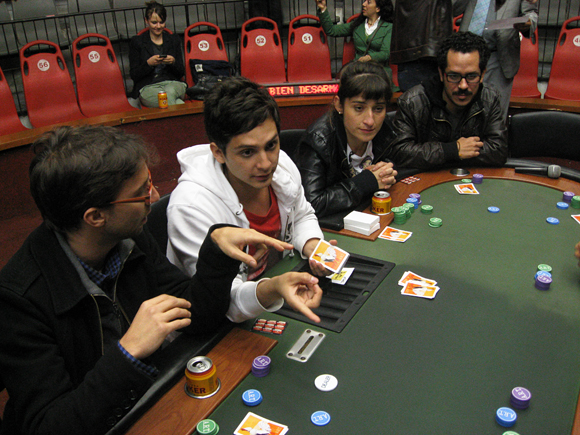 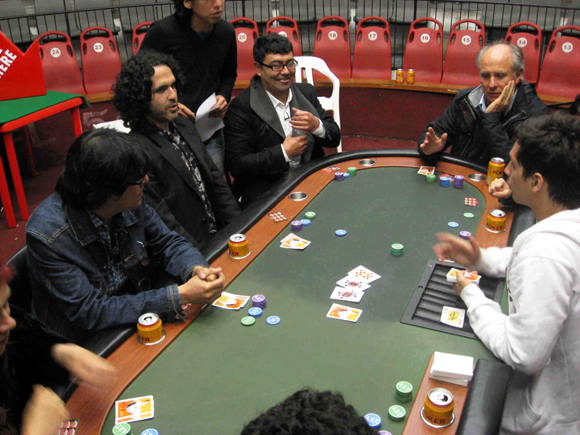 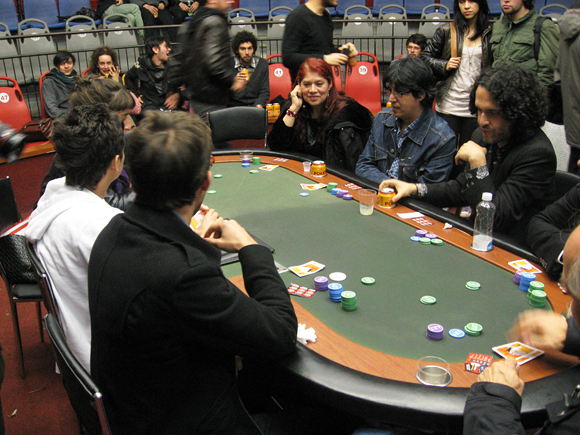 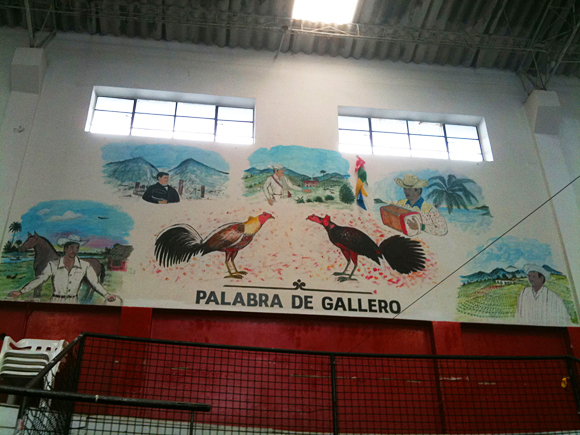 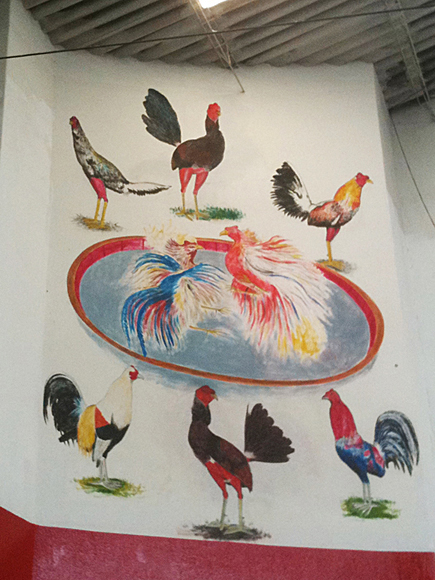 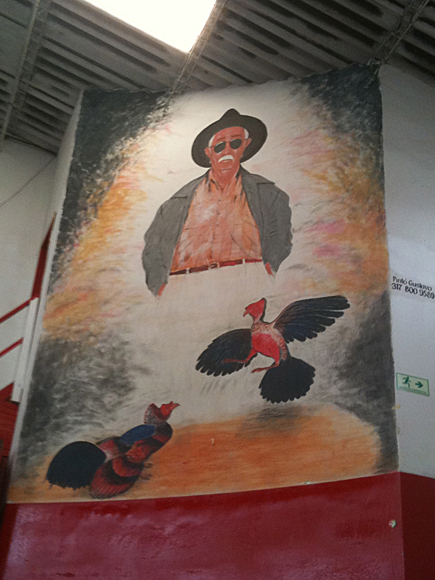 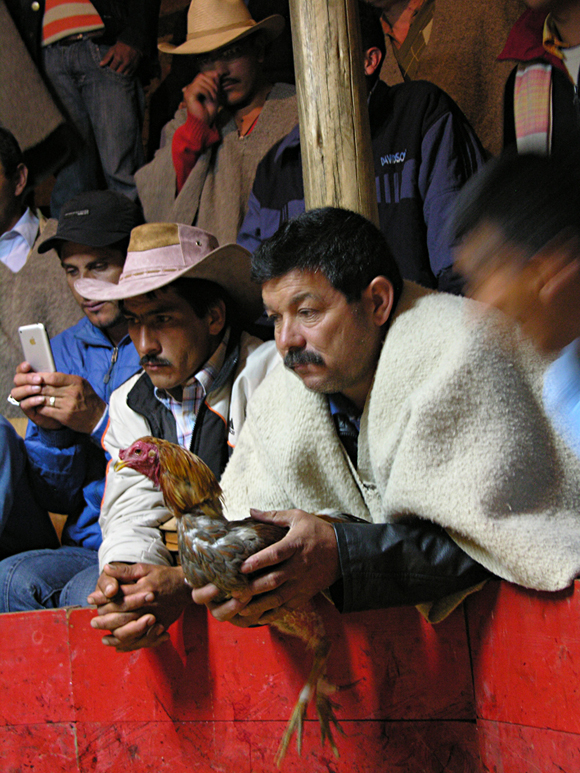 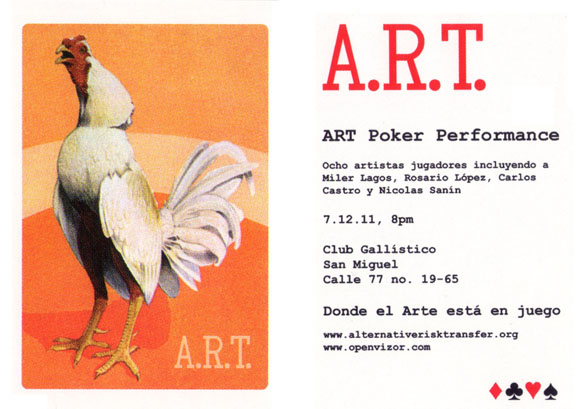 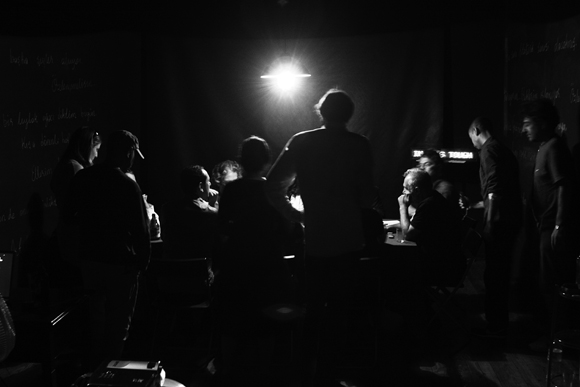 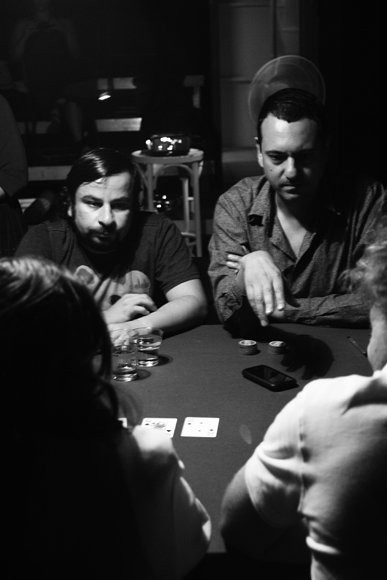 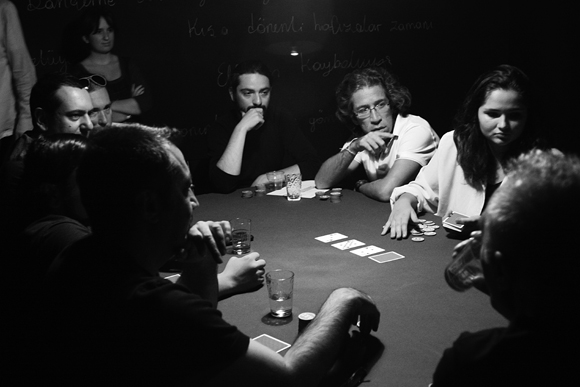 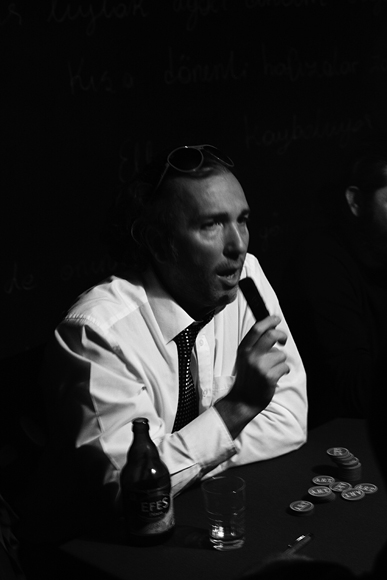 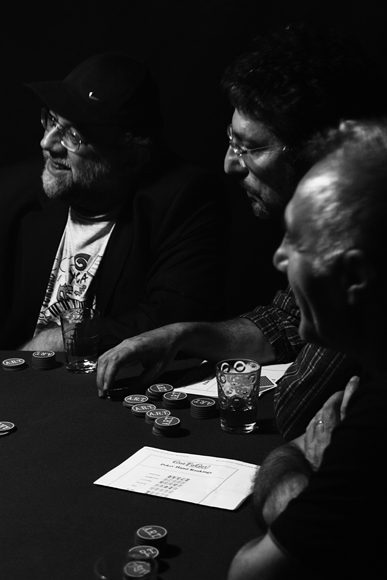 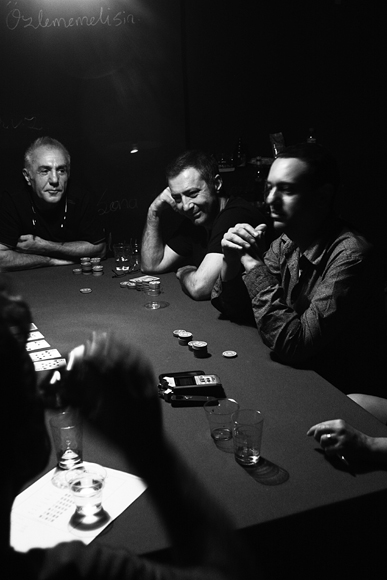 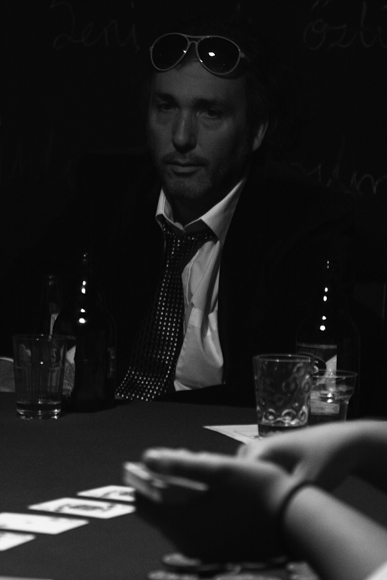 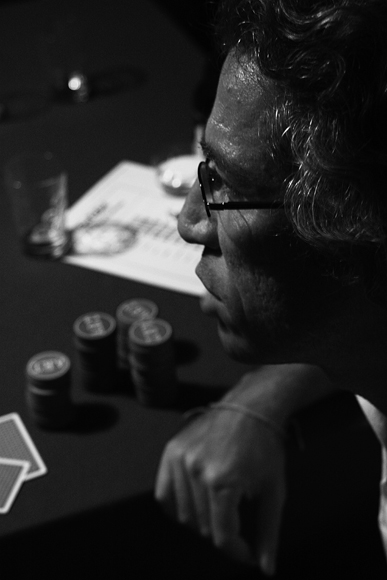 When we look at the gender of the players, it is possible to see the power relations of the Turkish cultural sector: There are no women! Not surprisingly, this table proves to be a miniature replica of real art world sexism.

Although Turkish participants are highly cautious and folded frequently in the beginning of the game, as the time passes they are adding more and more chips to the stacks in front of them.

The participants who brought works with them are having a more stressful time compared to those whose buy-in was a promise of future services. Laughter only comes from the ones who do not have anything to lose right now. They can only win.

It is also possible to see that the curator participants are better at bluffing. They are getting even more cautious as they amass more money. Of course, there is caution and there is caution; some of the participants lose money quickly even if they seem to have scorpions in their pockets, while others are building towers of chips.

Following major bluffs, two artists and a chess player have been eliminated from the table for good. The fact that one third of the artists lost everything at once seems to parallel the explosions and crises in the sector.

(Also, I should note that an excited observer stressed that I should focus on the ongoing bluffs around the table and write more about them.)
One of the artists who was just eliminated apparently won at last week’s game. Perhaps he was just following the Turkish proverb, “Goods and property are an illusion, now it is your time for fun.”

Just before the break, the only cinema artist in the game was also eliminated. He is reported to have gone to the bathroom to cry.

Just at the beginning of the second round, another artist left the ring and it looks like Turkish engineer Asım and Eugene have significantly decreased the possibility of any of the other players winning the game.

In the meantime, the first bottle of Chivas Regall — and most of the beer – has been consumed and it is time for the second bottle. Strangely enough, nobody has touched the rakı yet.

The most exciting move of tonight’s game just occurred; one of the eliminated artists –- not surprisingly, last week’s winner — has just decided to get back into the game by putting two pages from his sketchbook up as collateral. He gave a small preview of the pages on the table. Following heated discussions, he was convinced to give half of the book in exchange for new chips. (It was noted that the sudden increase from two pages to the half of the book was due to the intervention of a curator.)

The question of who was going to provide these chips were also the subject of another discussion and in the end, the wealthiest chip-holder, the engineer, bought the half of the sketchbook for 10,000 chips; in other words, art has been defeated by capital once again.

The second session ended with some particularly tense rounds among the last four players, but without any more eliminations.

The ever-increasing amount of money at the beginning of the third session reminds one of an auction house. With this sudden wind of spending, the Turkish culture industry stepped into a harsh period of budget cuts. (Or we were once again defeated by the international powers that enticed us with their smiles.)

The only hope was our capitalist engineer. If we knew that it would not sound nationalistic, we would have said other things; for instance, if Eugene was a Russian we could have said, “They still want to reach to our warm waters.” However, we kept silent.

The most significant bargain was between the engineer, our last hope, and Eugene. Eugene offered 10,000 chips for the half of the renowned sketchbook, but this was haggled up to 40,000 in the end. The comments we were unwilling to make five minutes ago can no longer be held back. Sentences such as “The imperialist powers are attempting to smuggle our art objects,” filled the room and were followed with another break.

At the same time, the second bottle of Chivas Regall and the rest of the beers were consumed. The rakı remained untouched once again.

(At this point, the writer wants to sleep and leaves the game). 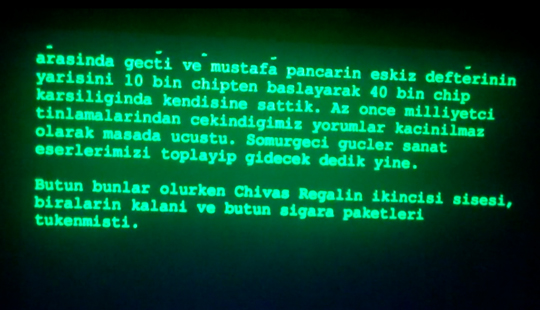 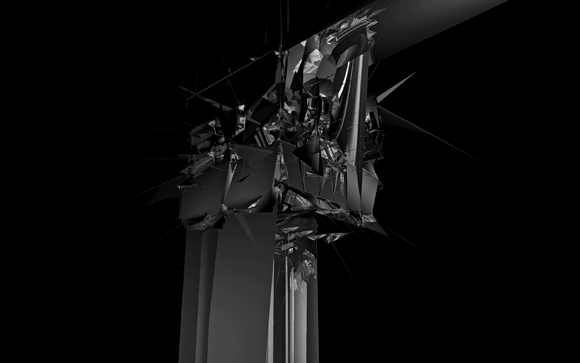